Every homeowner probably has a vacuum cleaner lying somewhere in the house. However, how much do people know about this device?

Did you know that vacuums have not been around for long?

Before the invention of vacuum cleaners, people only relied on brooms and dustpans to sweep dirt, dust rugs or clear dust. Like you already know, this method can be quite stressful, ineffective, and somewhat messy. Thankfully, vacuums were created when certain people sought to make the process less burdensome. As a result, cleaning became much more comfortable.

Now, we are in an age where we may not even need to do any cleaning. Romantic vacuum cleaners like Roomba can completely run the cleaning process by themselves. No doubt, we’ve come so far, and this article will show us the history of the vacuum cleaner. Sit back, and enjoy.

Who Invented The Vacuum (The Early Years)

According to history, the earliest attempts at coming up with some machine for cleaning rugs were in the 1660s. Hiram Herrick too made an attempt in 1858, but his invention was hard to use and wasn’t productive.

However, it was not 1860 that a real record of a functional operational vacuum cleaner was made. In this year an inventor named Daniel Hess of West Union, Iowa made a machine that stirred rug dirt with spinning brushes, and then made use of bellows to push the dirt into a collection container.

Again, in 1868, Ives McGaffey from Chicago created a device which he called the Whirlwind. The idea of this machine was the same as that of Hess. However, the Whirlwind used a belt system that made it easier to operate while Hess’s machine could only be operated by hand. Though Ives’ Whirlwind was only slightly more comfortable to operate, it was moderately successful.

What Year Was the First Vacuum Cleaner Invented?

This is a somewhat controversial issue. Should it be Hiram’s invention in 1858 or John Thurman who invented the first motorized vacuum in 1899?

While there is a general agreement that supports that Hiram Herrick takes the title, you too can choose which it should be. So, what do you think?

Types of Vacuums in Centuries

The vacuum cleaner industry recorded great innovations in this century. The 1880s witnessed the creation of five basic models. It started with Herrick, whose invention was too tricky to use, and thus did not encounter much success.

Then came Daniel Hess two years after Herrick. His invention was more workable and used a water filtration system. However, it was not mass-produced.

Ives W. McGaffey, who followed with his invention in 1869, did not experience much success as well. This is because it was crank operated.

Melvin Bissell’s invention was quite the success; it was the first sweeper that was powered solely from being pushed. The design was unique and successful. You’d most likely remember it if you used it as a child.

John Thurman came up with his machine in 1899, just before the century came to an end. He patented a pneumatic carpet renovator. Because it was powered by gas, the vacuum was popularly considered to be what gave rise to the more advanced vacuums that we have today.

This machine, however, needed to be dragged around by a horse-drawn carriage. Though it wasn’t anywhere near as convenient as our modern cleaners, this model was the first motorized cleaner and was thus very successful.

As expected, the 1990s witnessed more impressive vacuum inventions.  Hubert Cecil Boot is the most notable vacuum inventor of this century. This is because in, 1906, he created the first vacuum cleaner to run on electricity.

His machine was the first to make use of a tube to clean dirt. The invention of the phrase “vacuum cleaner” is attributed to him. Of course, his work was significantly celebrated in Britain.

However, it turns out that Booth is not the undisputed creator of the modern sweeper. Though David T. Kenny filed a patent for the same invention in 1901, his applications continually declined did not get the license until around five years after.

Meanwhile, he built a steam-operated system. It was a complex machine that had hoses and pipes. The pipes could extend to reach every room in the building.

Though most of the cleaners made before this time were impressive, not of them could fit into a home setting. Thus Walter Griffiths came up with the very first portable cleaner 1905. Though it was operated manually and used bellows, it was an improvement nonetheless. It had pipes that were flexible and also a range of various nozzles.

Though attempts were made by Chapman and Skinner also to invent a portable model, it wasn’t successful. The machine had too much weight to be considered potable.

The Hoover brand has been around for over a century, though it only began as an invention by James Murray Spangler in 1908. Since sprinkler didn’t have the resources to finance his invention, he sold it to William Hoover, who was the husband of his cousin.

Sprangler eventually became a partner in the company and was very helpful in creating the company’s other models.

The Eureka Vacuum Company first created this type of sweeper. The company was established by Fred Wardell, and he came up with the first vertical model for homes in 1909. Of course, this invention made it much easier for people to use vacuums quickly and easily.

Therefore, it is not surprising that this vacuum soon became popular. Wardell’s invention had many similarities with its modern versions.

David Oreck is the man who pioneered the invention of a vacuum suitable for hotels. He did this in 1963 alongside his or Corp. He was successful for the fact that he blended power with durability. Besides, the machines he created were easy to use.

Till this day, Oreck remains one of the high-end manufacturers of the machine. Hotels all over the world are still using his machines.

It was not until 1997 that the first robotic vacuum model was created. It was designed by Electrolux who unveiled it at BBC’s tomorrow world. However, the machine was not available for commercial use until four years after.

The model could return to its home base to recharge; it also came with sensors that allowed it to void obstacles. Nevertheless, it is not as smart as the modern-day Roomba. It, however, made life more comfortable.

While the 220th-century vacuum manufacturer’s focused on producing portable and electrical devices, the 221th-century inventors sought to automate the vacuums and design them to prevent allergic reactions. This century sure witnessed the achievement of crazy inventions like the cardboard model.

There has also been the invention of cleaners with more effective cleaners, and ability to pick almost all dust particles. Of course, subsequent designs can only get better, especially in the area of battery life. The world anticipates more surprises.

Roomba was first made in 2002 and became popular within a short period. Roomba’s developer was often asked if she could build a robot that can clean people’s houses. This was perhaps what spurred her to come up with the robot. Roomba was listed amongst Oprah’s favorite things, and ever since, Roomba only got better and better.

Now, this is a cool one. Vacuum cleaners made from cardboard. While it is more sustainably sourced and recyclable, we can’t be sure of how people will react to it. One tends to wonder how effective the cleaner will be seeing the material it is made of.

Nevertheless, Vax put has released a limited edition to gauge people’s interest. The price may make the determination.

Indeed, vacuum cleaners have evolved. Compare what we have today with their earliest forms of these machines. Apart from the ease with which the current versions can be used, there’s also the portability, advanced filters and automation.

The truth, however, is that there are still better inventions to come. We’re eager to see the new things that manufacturers will come up with. 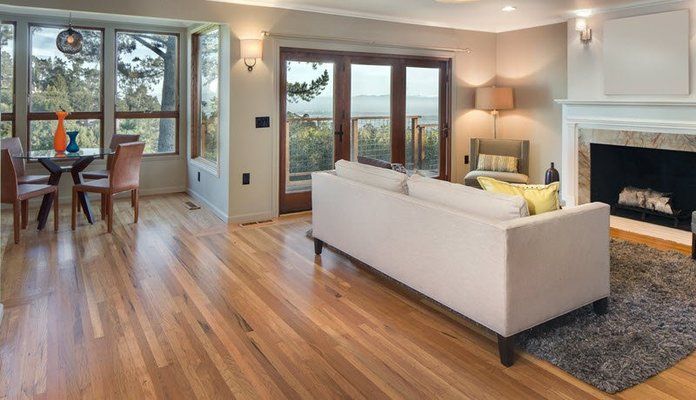 Do you want your floors to last? Then you should think about them more often. They are the surface of your home/office space and as such play a vital role in the feel, durability, and general appearance of the entire space. How To Make Your Floors Last Longer Which is why it is essential that… 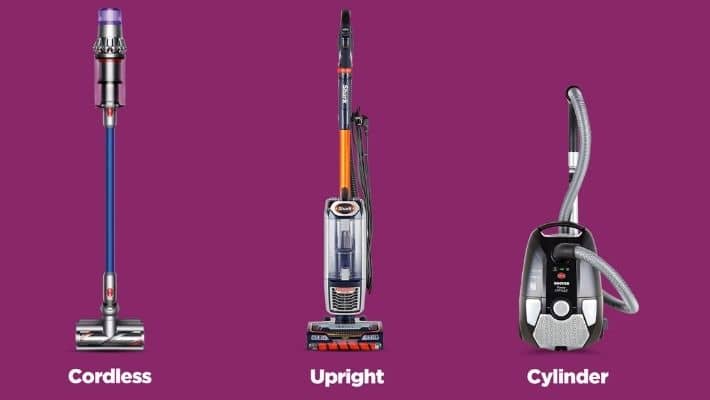 Upright and cylinder are the two categories of vacuum cleaners. But, do you know which one of them is best? Deciding the answer is overwhelming because these vacuums are available in a wide range of makes and models. A vacuum suitable for carpets might not work well on hard surfaces and vice versa. So, we… 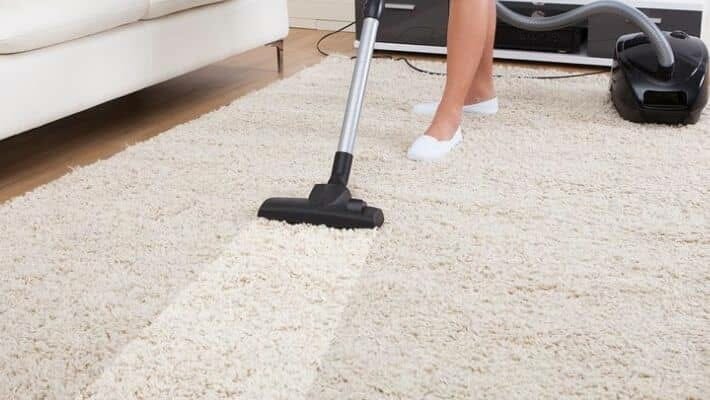 Carpets add warmth to your home by adding texture, colour and underfoot comfort. It’s the reason why you should keep it clean and fresh. Regular vacuuming is the perfect way to maintain the carpets. However, they also need deep cleaning once or twice every year. But, how to clean rugs? Here, we will discuss how…

The Vacuum cleaner is the best machine that helps to give you a clean and neat house. There are several benefits available with the vacuum cleaner. They remove dust and stains, works best in the edges, corners of the house, kitchen use, bathroom use and several others. There are different brushes available that is used… 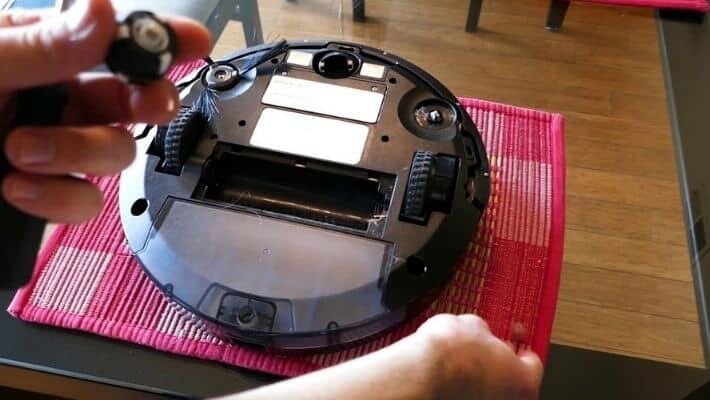 A robot vacuum helps you to maintain a spotless house without any hard work. Modern automated cleaners are available with all the high-end features, including laser-based navigation sensors and voice control. Still, most of the users forget to maintain their cleaners. But, it’s better to clean the vacuum at least once a week or more… 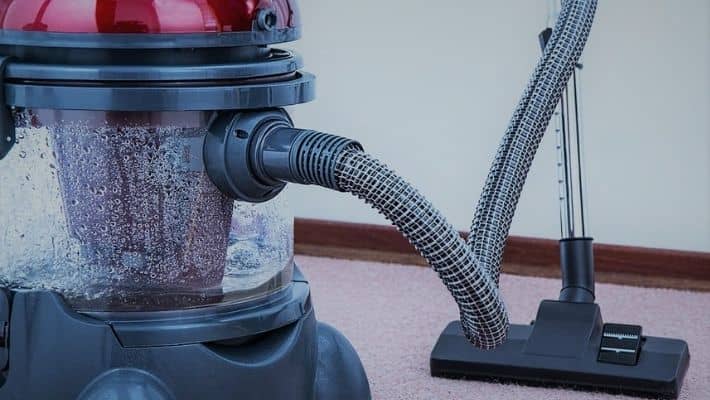 Can you clean your house without a vacuum? Vacuum cleaners are one of the most helpful household devices available in the market. Such a cleaning appliance is simple but very efficient to take out the dirt and dust from your living or working area. But, how do a vacuum cleaner works? The simple explanation is…

We use cookies to ensure that we give you the best experience on our website. If you continue to use this site we will assume that you are happy with it.AcceptPrivacy policy